Left Out by Patrick Maguire and Gabriel Pogrund out in paperback

Left Out: The Inside Story of Labour Under Corbyn, the highly acclaimed investigation by Patrick Maguire and Gabriel Pogrund, is out in paperback today from Vintage. 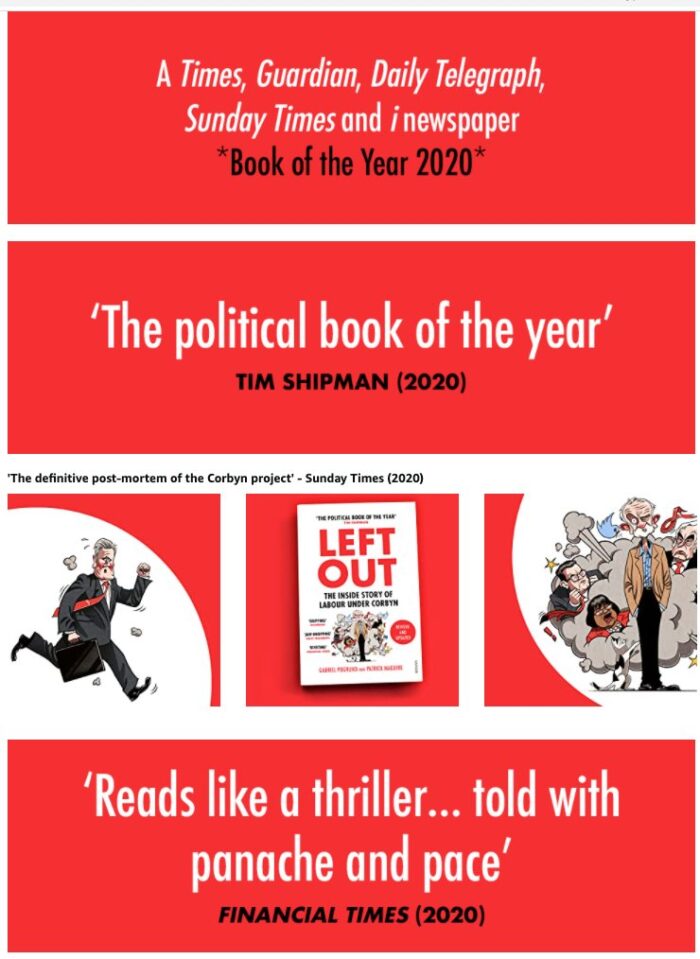 Left Out tells, for the first time, the astonishing full story of Labour’s recent transformation and historic defeat.

Drawing on unrivalled access, this blistering exposé moves from the peak of Jeremy Corbyn’s popularity and the shock hung parliament of 2017 to Labour’s humbling in 2019 and the election of Keir Starmer. It reveals a party at war with itself, and puts the reader in the room as tensions boil over, sworn enemies forge unlikely alliances and lifelong friendships are tested to breaking point.

This is the ultimate account of the greatest experiment seen in British politics for a generation.