In October 2019, I signed a two-book deal with Legend Press, with my first novel Where the Edge Is due to be published in September. It’s wonderful and exciting and scary and raises a lot of questions I can’t answer yet. Most importantly, it comes after eight years of writing seriously and seven years of submitting to agents, publishers, short story competitions, first novel competitions, magazines. All of which raises the one question I can answer: what does it mean to keep at it, what does perseverance look like?

It looks like a lot of time alone. You at your desk, looking out over green hills or rooftops or magpies or people. You at a table in a café, looking at other people’s shopping bags, magazines, phones, chats, lives. You on a train, whipping out your notebook because it’s an uninterrupted hour. You on a Sunday evening, getting up from the fire and the family movie and walking upstairs to do battle with yourself. You in your car, getting out of the driver’s seat and scurrying around to the passenger seat with your laptop because waiting time is writing time. I repeat, a lot of time alone. But, to be honest, that’s part of the charm.

It looks like gorgeously slow days off spent mooching around museums because other people’s creativity is endlessly inspiring. And if you don’t feed your soul, your words come out half-starved and thin.

(It looks like eavesdropping in the cafés of said museums. In fairness, it often is.)

It looks like repeating the same line over and over in the shower in case you forget it before you get out. Or sitting up in bed just on the edge of sleep to make a note of something and then something else and something else …until it’s an hour later and you’re wide awake again.

It looks like getting up two hours before you have to so that you have time to write before work. I repeat, two hours before you have to. Nobody is making you do this. But, oh! the achievement of hitting your goal for the day before anyone else is awake! The satisfaction when an idea or a scene settles into place as if it was only waiting for you to fall quiet enough to notice it. Nobody gets to feel that but you.

It looks like smiling and saying, the writing is going great, thanks for asking! Even when it’s not. Especially when it’s not. Because no matter how little interest people have in writing that is going well, they are bored rigid by stories of writing that even you currently hate.

It looks – to everyone else – like you might be writing about them (you’re not). Every character is you. All of them. Yes, even the dogs/ghosts/talking curtains/old men. (It sometimes then looks like huffy comments about narcissism but usually only from your really close friends.) 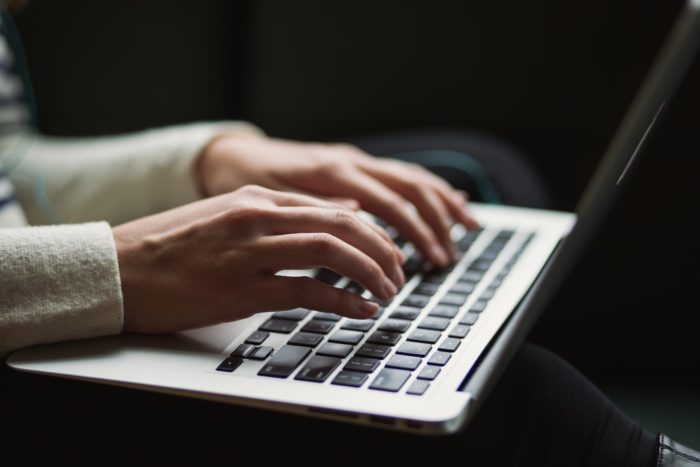 It looks like saying no a lot. Even to things that sound like they might be fun. (It also sometimes looks like saying no to a social engagement ‘because you have to write’ but then watching a lot of terrible Netflix and eating a family-sized bag of Revels… but that’s between you and your conscience.)

It looks like hearing no a lot. Reminding yourself that you don’t love every book you read so why on earth would an agent/publisher/competition judge?

It looks like celebrating every little step: submission, competition entry, kind response, longlist, shortlist, commendation. They’re worth it, they mean your work is out there. It looks like raising a glass on New Years’ Eve and telling yourself silently that this year will be the year and hoping that the book gods can hear inside your head.

It looks like kind emails from busy agents and publishers, often written during their weekends or time off, with thoughtful responses that can only improve your work. Although, too, it looks like ‘if you don’t hear anything from us in the next six weeks, go ahead and assume the worst.’ As if assuming the worst isn’t already baked into you.

It looks like meeting other writers, wonderful writers, whose stories and voices and support you cherish and value to a degree that surprises you. Those people who know you want to be a writer and who don’t laugh. Those people whose success is music to your ears and joy to your heart because they were unknown too and so their step might be your step and their book out in the world makes everything feel that little bit more possible.

It looks like ‘yay, books!’ on every birthday and other present-giving occasions. It may also look like pestering friends about whether they’ve finished that book you loved and gave them to read but it’s been six weeks so, frankly, they have only themselves to blame. It looks like walking into a bookshop or a café or an airport lounge or a waiting room and having part of you thrill at recognising that there’s time to read.

It looks like a lot of time reading. A LOT. (Which is easily the best thing in life anyway – sorry, family). Reading beautiful words and feeling uplifted or downhearted, depending on just how much you love/hate your own story in that precise moment.

It looks like long walks on your lunch breaks (as Courttia Newland says, ‘a walk full of your writing’ and isn’t that just a gorgeous notion?), punctuated by abrupt stops where you type frantically into your phone.

It looks pretty tired, despite being at least 60% coffee.

It looks like a very big handbag. Because you can’t go anywhere without your book or your notebook, I don’t care that it’s ice-skating, the office party, a hill-walk, Ryanair. No book/notebook = no you.

It looks like life, because it is. Life in two forms: in the world and on the page. What it does not look like and what it should never look like, is the end of the world.

Then you look out on your green hills or rooftops or magpies or people, and all that perseverance – all of it – smiles right back at you.

Gráinne Murphy is an Irish novelist. Her debut novel, Where the Edge Is will be published by Legend Press in September 2020, with The Ghostlights to follow in 2021.

This blogpost was first published on writing.ie.