Last week, non-fiction agent Martin Redfern and I flew to Germany for the biggest event of the publishing year: the Frankfurt Book Fair. Having run in some form for almost 600 years, the Frankfurt Book Fair is the world’s largest trade fair for books, with over 300,000 visitors coming to see 7,500 exhibitors over five days.

For agents, and especially those who sell their own translation rights, as we do, it’s a huge event. It’s unusual to get publishers from all sorts of countries in the same place at the same time, so it’s important to maximise the opportunity to share our books with as many of them as possible. Preparation begins months in advance – meetings are scheduled as many as sixth months beforehand, and we work hard on a rights guide that is full of information and showcases our titles in the best way possible.

So, bright and early on Tuesday morning, Martin and I boarded a plane (along with most of the UK publishing industry) and crossed the channel to Frankfurt. The first item on the agenda – after a quick pitstop in a German tavern – was a party run by international publishing conglomerate Hachette. It’s always a great way to start the week, as it’s an opportunity to catch up with publishing colleagues, old and new, in a relaxed environment before meetings start in earnest.

The next day we headed into the halls of the Frankfurter Messe to set up our tables and take the first batch of meetings. This year, literary agents and book scouts were based in the Festhalle, an enormous domed room opened by Kaiser Wilhelm II in 1909, and we had a prime spot. Over the next three days, Martin and I took 30-minute meetings with 90 editors from 22 countries (with the occasional much-needed coffee break).

So what do we talk about in these meetings? It is essentially a sales trip, so our focus is on telling foreign editors about our new titles, and any backlist books that might be of interest, in the hope that they’ll want to publish them in their countries. 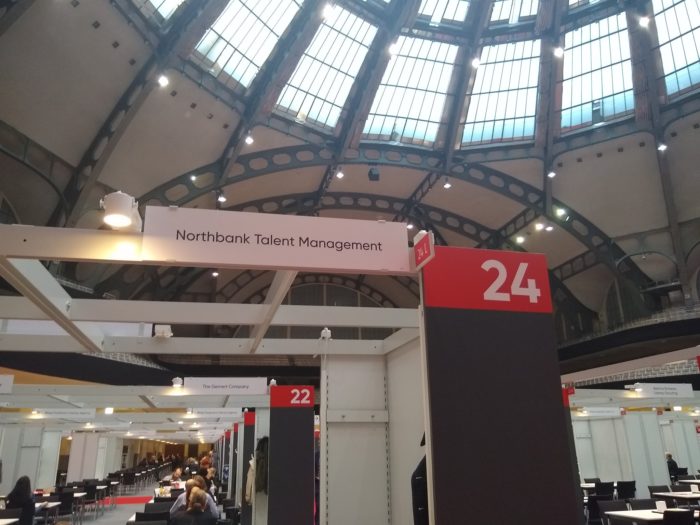 When editors make an offer on a book, it applies to a certain territory – so editors in the UK would usually offer for UK & Commonwealth, or they could try for World English rights, or even World All Languages. We have an excellent track record in selling translation rights for our authors, so we try to retain rights in as many territories as possible, leaving us free to sell the books into those territories directly. Foreign sales can make up a significant portion of authors’ income, so they’re a really important part of our work. It’s also a real buzz to see our authors’ books available in other languages and to see how foreign publishers package them for their markets.

Of course, readers in different markets have very different preferences, so not every book will sell abroad. It is a gamble to publish a new author in a foreign language where they’re often not able to do the publicity that a domestic author could, so publishers have to be selective, and many markets are undergoing major change. The Frankfurt meetings are an excellent opportunity to find out what’s happening in their market and what kind of book is working well now. This can vary hugely – some publishers are having success with series fiction, whereas others are only buying standalone novels; some want really commercial fiction while others have more luck with upmarket or reading group books; and some have more specific requests – for crime and thriller novels set in well-known British cities or in the countryside, for example, or in certain time periods.

Luckily, the Northbank catalogue contains a huge range of authors and genres, so we’re usually able to find something to suit any publisher’s taste. During the meeting, we make a note of any titles they are interested in, and send it to them to consider properly after the fair.

Finally, on Friday afternoon, we left the Festhalle behind, ready to begin follow up in earnest as soon as we got back to the Northbank Talent office.
Here’s to next year! 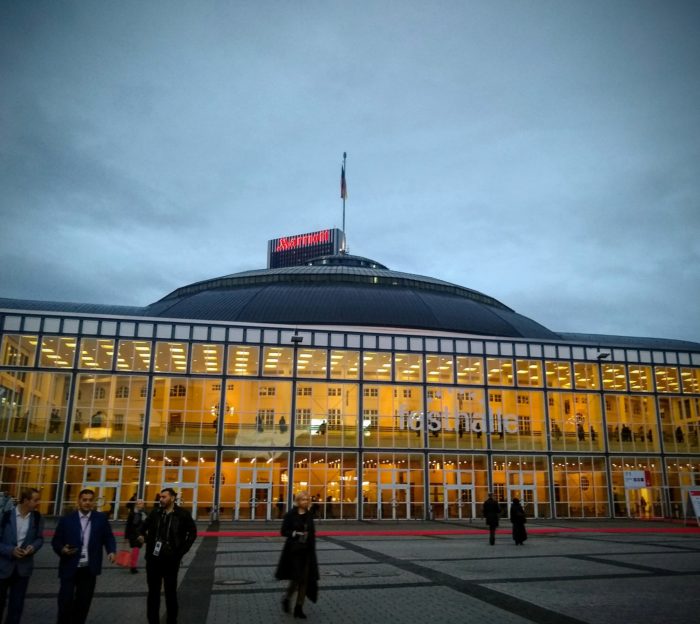