We’re delighted to announce that Canelo have acquired three books in a Scottish-set crime series by debut author Marion Todd.

Set in St Andrews, the series will focus on DI Clare Mackay who has relocated from the Glasgow force after a firearms incident led to a death that she was blamed for. Clare is quickly put under pressure in her new role as she leads the fast-moving investigation of a series of hit-and-run murders. As Clare learns about the victims, she discovers a sinister link behind their deaths and has to put herself on the line to get to the truth.

Marion Todd says: ‘I am thrilled to have the opportunity to join Canelo. As a keen reader of ebooks, I love their digital first model, and their author-centred approach has made them a delight to work with.’

Hannah Weatherill says: ‘With her rugged Scottish settings, multi-faceted characters and compelling storylines, Marion has been an excellent addition to our growing list of crime writers. We’re delighted to have placed her with Canelo, who impressed us with their enthusiasm and ambition for the series.’

Book one of the series will be published in October 2019 with the following two novels due out in 2020. 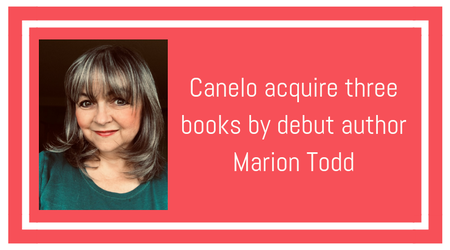