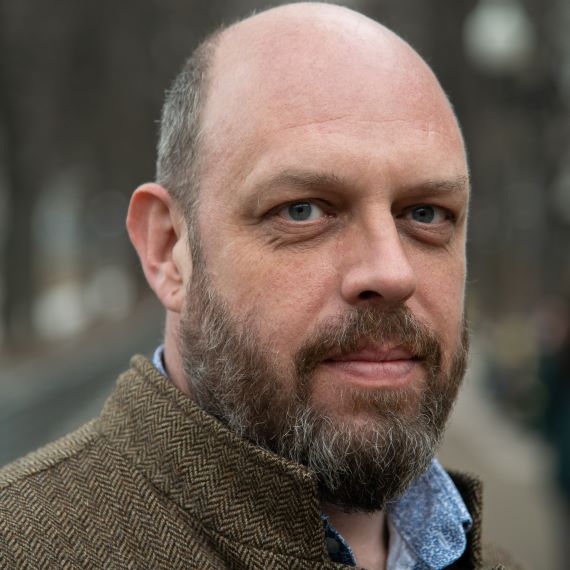 Owen Matthews is the Spectator’s Russia correspondent and a former Moscow and Istanbul Bureau Chief for Newsweek. He is a frequent contributor to BBC Radio 4’s Today Programme, BBC Radio 3, BBC World Service, Radio Five Live, NPR’s Talk of the Nation, CNN, NBC, GB News, the Daily Mail and the Daily Telegraph, as well as Russia’s Rossiya 1 and NTV.

A native Russian speaker, Owen was covering the present conflict from Moscow before catching one of the last flights out.

His first book, Stalin’s Children, a memoir of three generations of his family in Russia, was shortlisted for the 2008 Guardian First Book Award, the Orwell Prize for political writing, and France’s Prix Medicis Etranger. Glorious Misadventures: Nikolai Rezanov and the Dream of Russian America (2013), a history of Imperial Russia’s doomed attempt to colonise America, was shortlisted for the 2014 Pushkin House Prize for books on Russia. An Impeccable Spy: Richard Sorge, Stalin’s Master Agent (2019), a biography of German Communist spy Richard Sorge – the first English language work written with extensive access to the Soviet archives – was chosen as a Book of the Year by the Economist magazine. Overreach (2022) was shortlisted for the 2022 Parliamentary Book Awards in the Best Political Book by a Non-Parliamentarian category. 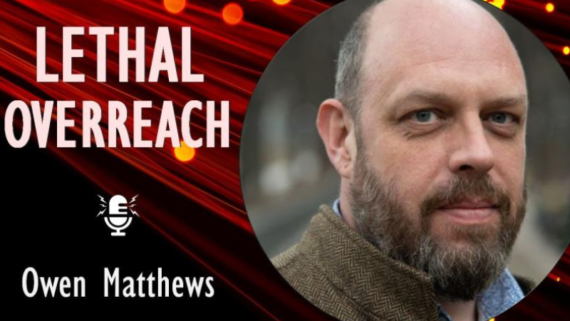 Owen on the Silicon Curtain podcast 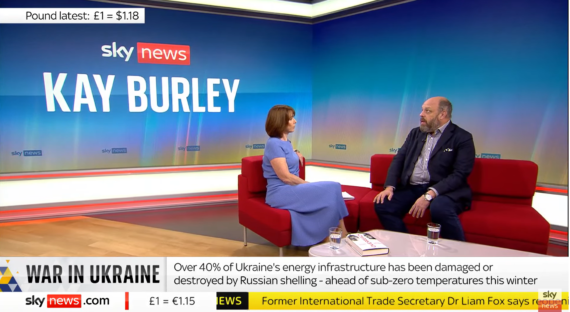 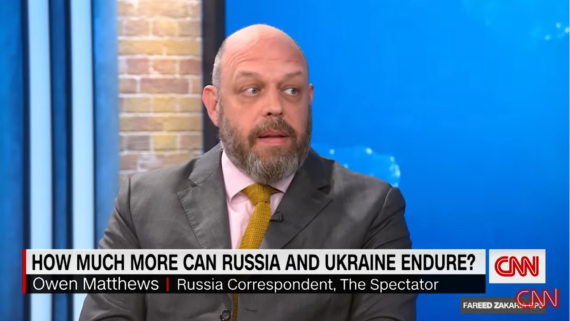 Owen explains why President Putin invaded Ukraine, and the reasons it isn't going well for him.

In Overreach, Owen Matthews draws on his unrivalled network of contacts to deliver unique insights into Putin’s administration, security services, armed forces and propaganda machine. He sheds light on the decision-making processes within the Kremlin, and the consequences that have shaken Europe to its core.

The book chronicles how Vladimir Putin lurched from calculating and subtle master of political opportunity to reckless gambler whose aggression threatens to destroy both the foundations of his own regime and of Russia itself. Overreach transports the reader into the Covid bubble where Putin conceived his invasion plans in a fog of nationalist fantasy and bad information – and into the inner circle around Ukrainian President Volodimir Zelensky, the TV star president who became the war’s most unexpected hero.

Testimonies of captured Russian conscripts, Ukrainian civilians who escaped from occupation, and of the last journalists in besieged Mariupol tell the story of the war as it unfolded on the ground. Matthews’ interviews with men who launched Putin’s career, and others who have worked with him for years, help the reader understand Putin’s motivations and get inside the head of the world’s most secretive and dangerous leader.

‘Blending stories of soldiers from both sides, effortlessly moving from insiders’ accounts to historical background, Matthews’s book is as compellingly written as it is plausibly argued.’

‘The best new book on Russia … Matthews has advantages over almost everyone else writing on this subject … a classic – as enduring as Orwell’s Homage to Catalonia.’

‘Overreach is a remarkable achievement, with Matthews’s expert eye like an all-seeing drone buzzing from one side of the conflict to the other.’

‘Everyone should read Overreach by the great Owen Matthews.’

‘A vivid snapshot of the [Russia-Ukraine] war … a fine blow-by-blow account … an excellent primer on the war’s historical roots.’

— Telegraph best books to understand the world in 2022