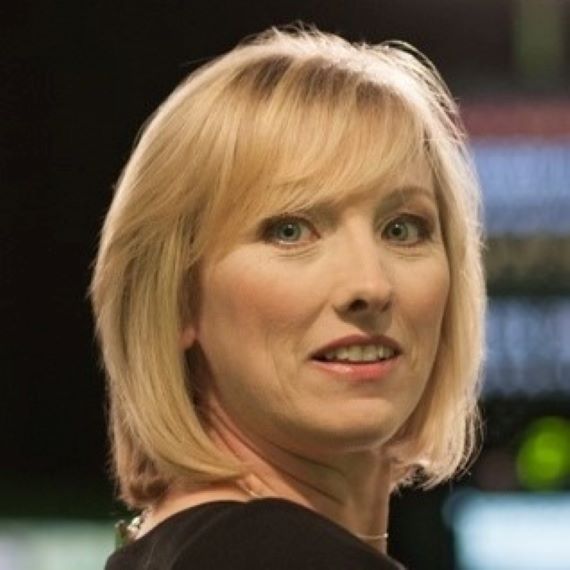 Martine Croxall is a presenter with BBC News and BBC World News. Known for her warmth and humour, she is one of the main hosts of The Papers. She joined BBC News in 2001 and has covered every major news story since then.

It fell to Martine to announce the death of HRH The Prince Philip in April 2021 on all of the BBC’s domestic and international English-speaking TV channels. She was praised for her professionalism and calm demeanour.

She was also on air when the terror attacks took place in London and Paris. Of the latter, former CBS News bureau chief David Henderson wrote that Martine “brought level-headed clarity to the attacks and horror in Paris with an understated, professional style that was a reflection, I believe, of television’s great news anchors … It’s been decades since I’ve witnessed such a high level of journalistic professionalism. Downright exciting.”

Martine began her broadcasting career in BBC local radio and regional TV where she worked in various roles, including as a producer, reporter, presenter, and news editor. She now trains new TV presenters for the BBC’s Academy. Martine is a sought-after event host, debate moderator and executive presentation skills coach.

Martine grew up in rural Leicestershire, went to school in Coventry, read geography at the University of Leeds and is a Fellow of the Royal Geographical Society. She has two teenaged children and a beloved rescue dog called Bo.

“Our events need to project rigour, authority, timeliness, but at the same time be engaging and welcoming for very diverse audiences. Martine Croxall brings all these things and more to her chairing of panel discussions and talks.” – Prof Joe Smith, Director, Royal Geographical Society

“I was struck by the unbiased professionalism of the BBC journalists we worked with in many of the hundreds of events we arranged annually. Among the superstars in this context was Martine Croxall who chaired discussions with superb skill, knowledge, great experience and on top of that a great sense of humour.” – Björn Kjellström, Head of the European Parliament UK