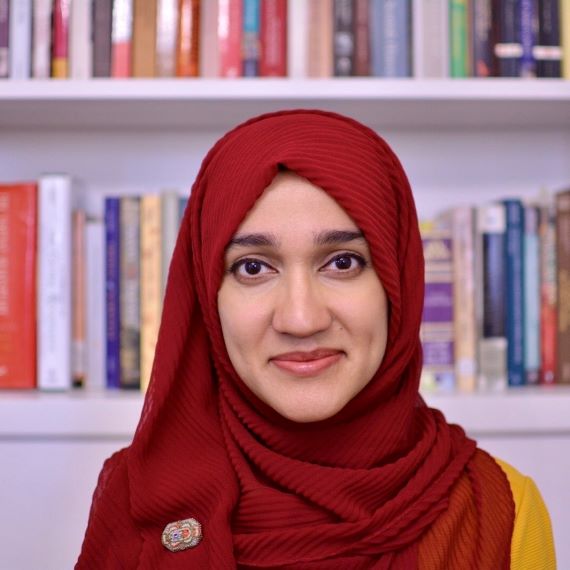 Dr Lubaaba Al-Azami is a cultural historian of early modern England and its relationships with the wider world beyond Europe. She speaks and writes on topics ranging from history, literature and religion to theatre and film criticism. Her speaking engagements have spanned from local radio to national festivals and she has written across an array of print and digital media.

Lubaaba completed her doctorate, funded by the Arts and Humanities Research Council (AHRC), at the University of Liverpool and the University of Oxford, where she examined 16th and 17th century English interactions with Mughal India. She has also variously studied, researched and taught at King’s College London, the School of Oriental and African Studies and the George Washington University.

She is the founder of Medieval and Early Modern Orients, an AHRC-funded project on the early interactions between England and the Islamic worlds. There she leads a transnational team of researchers to produce resources, publications and outreach events on this rich history. She is also founder of Network of Sisters in Academia, the first international professional network for Muslim women academics. 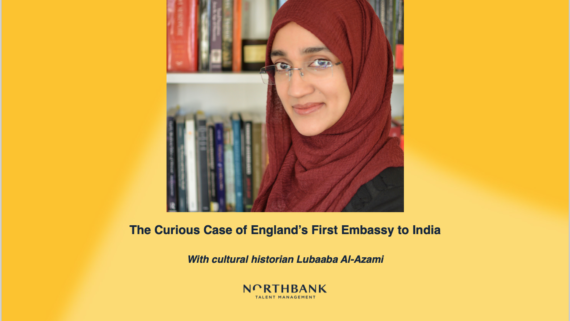 Podcast: The Curious Case of England's First Embassy to India

First Encounters: How England and Mughal India Shaped the World 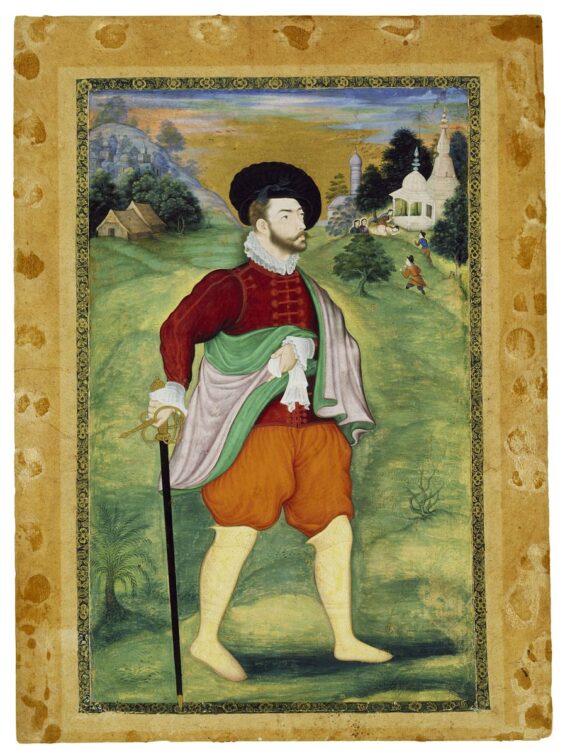 First Encounters follows the first Englishmen to visit Mughal India, in the late 16th and early 17th centuries – eccentric pioneers from an insignificant northern island who turned up and attempted to sell coarse woollen broadcloth to a sub-tropical world superpower; or walked there overland with the ambition of fulfilling a life-long dream to ride on an elephant. Far from being feared, they were utterly ridiculed – and it is safe to say that colonising this great, wealthy and exotic empire was very far indeed from their minds.

Thus began the story of a centuries-long, inter-dependent relationship between two nations which has no parallel in all of history, and whose cultures remain inextricably bound together to this day.

First Encounters will be published by John Murray Press in Spring 2024.