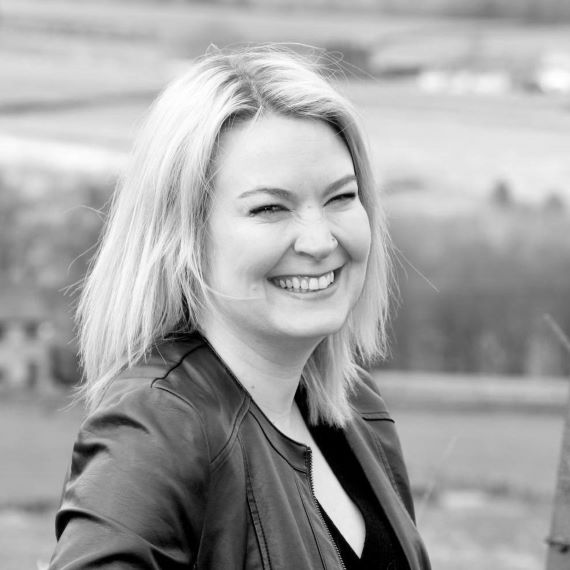 Lisa is an award-winning journalist and lecturer. She spent the start of her career as a crime reporter and news editor before moving to national newspapers and women’s magazines.

She is currently head of the undergraduate Journalism programme at the University of Sheffield and has won further multiple awards for her teaching.

Her first two novels Paper Dolls and The Lesson were published by Quercus in 2020 and 2021. The Gallows Tree, her third novel, will be published in Spring 2024.

She lives in Holmfirth in South Yorkshire with her husband, two sons, an arthritic Labrador and a disabled pug.

When Cass’s best friend Joni is crowned Gallows Queen three years in a row, nobody is surprised. But Joni goes missing that night, her crown left hanging on the Gallows Pole. And when there’s another grisly discovery in the village, the press descends and leaps on the gristly, pagan legends of the past.

Twenty years before, Cass, Joni and three other village teenagers had formed an unbreakable bond, when the village was under financial strain and their families were falling apart – and their lives remain entwined via a complex web of relationships and memories.

But they all have a secret, a secret they all vowed they would never tell. And now the past is catching up with them, and the nooses on the Gallows Tree could be beckoning for them all. 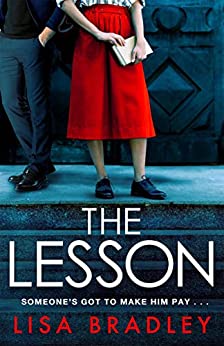 Evie has just started her second year at University. She is young, beautiful and popular. She should be having the time of her life, except she has something to hide – a one-night-stand with her English Professor, Simon.

Not wanting any of his other students to be used in the same way, Evie reports their relationship to University HR. But hours later, Village Vixen, the student gossip blogger, is baying for blood. She’s found out about the accusation and is firmly on Simon’s side.

But how could Village Vixen possibly have known? Evie can’t help but feel like she’s being watched. As paranoia and fear set in, the one thing Evie knows for sure is someone has to teach Simon a lesson. 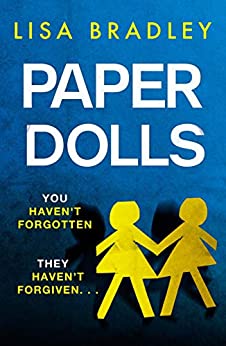 Leah Wallace has just achieved her dream of becoming editor at a regional paper. On her first day a 15-year-old girl, Hope Hooper-Smith, is reported missing. The police fear that she has been abducted.

Hours later, another teenage girl goes missing. But this girl, Tilly Bowers, is from a troubled background and is a habitual runaway. Leah decides to run the Hope’s abduction on the front page, while Tilly only gets a small mention on page eighteen. The next day, Hope is found unharmed at a train station. But Tilly is never seen or heard from again.

Sixteen years later, a TV documentary questions Leah’s decision not to give Tilly’s case immediate coverage, implying that she could have cost Tilly her life, and Leah starts receiving death threats online.

Then mysterious paper dolls begin appearing, cut from the newspapers Leah used to edit, and she suspects that an intruder has been in the house. Leah becomes convinced that someone wants to punish her for the part she played in Tilly’s disappearance. But just how far will they go to make her pay?

‘The perfect choice for fans of C.L. Taylor and Louise Candlish’

‘Prepare for your heart rate to rise reading this edge-of-your-seat psychological thriller!’

‘If you’re looking for a page-turner, this is it!’