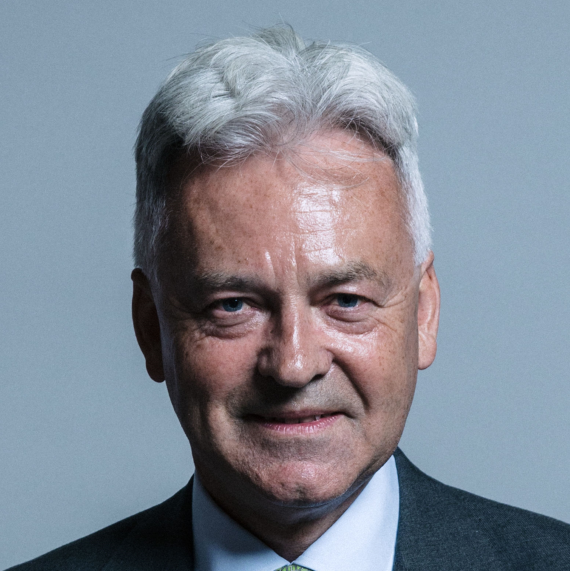 Sir Alan Duncan was formerly the UK’s Foreign Minister responsible for Europe and the Americas, and until November 2019 was the Member of Parliament for Rutland Melton. He is in that rare category of people who have combined a political career at the heart of government with real world experience of business.

After Oxford and Harvard he became an oil trader, and throughout the 1980s was part of the pioneering set of figures whose enterprise created the free market in oil after the market shocks of 1974 and 1979 broke the supply patterns previously dominated by the oil majors. It is that commercial world to which he has now returned.

For the past thirty years, he has been at the centre of British political life. He has been at the heart of every Conservative Party leadership race since John Major succeeded Margaret Thatcher in 1990, spearheading William Hague’s 1997 Conservative leadership campaign, and holding positions such as Shadow Secretary of State for Trade and Industry, and Shadow Minister for Justice.

Seen as one of UK politics’ most forthright personalities, Sir Alan Duncan is regarded as one of the most connected and informed experts on the Middle East and, as Boris Johnson’s deputy in the Foreign Office, sat at the very midst of everything in government that took place between the EU referendum and the UK’s eventual exit from the EU.

In the Thick of It: The Private Diaries of a Minister 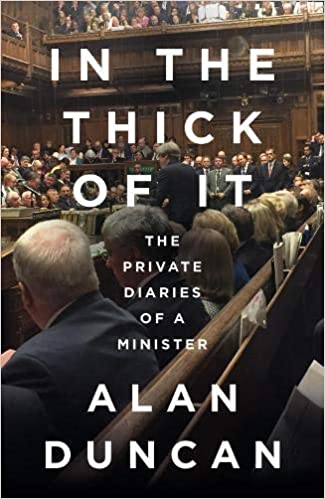 Covering the pressures on a minister and the ructions of a fractured Parliament, In the Thick of It is a unique cocktail of acerbic wit and serious perceptions; it is as insightful as it is entertaining.

Duncan’s riotously candid diaries span the four years from the eve of the referendum to the UK’s eventual exit from the EU, covering the fall of two prime ministers, the course of two elections, and Theresa May’s survival of a no-confidence vote. He records a treasure-trove of insider gossip, giving biting and often hilarious accounts of petty rivalries, poor decision-making, big egos, and big crises. Across these unfiltered daily entries, Duncan builds a revealing and often profound picture of UK politics and personalities from deep inside the engine room of power.  Spiced with withering putdowns of fellow Conservative MPs and ministerial colleagues, and irreverent anecdotes about ambassadors, foreign dignitaries and the glamorous party set in Mustique, the diaries are a rich seam of high politics and low intrigue.

“Duncan too is a frisky little pet, sharp-fanged, liable to nip. This is ideal in a diarist. Insults fly like shot at a pheasant shoot. Actually, make that bullets from a machinegun.”

“Thoughtful and nuanced…  Alan’s insights into the role of a foreign office minister provide many of the highlights of the book. I am enjoying it immensely.”