In honour of Remembrance Day, Anthony Seldon reflects on his 1,000-kilometre expedition along the Western Front and the legacy of World War One. 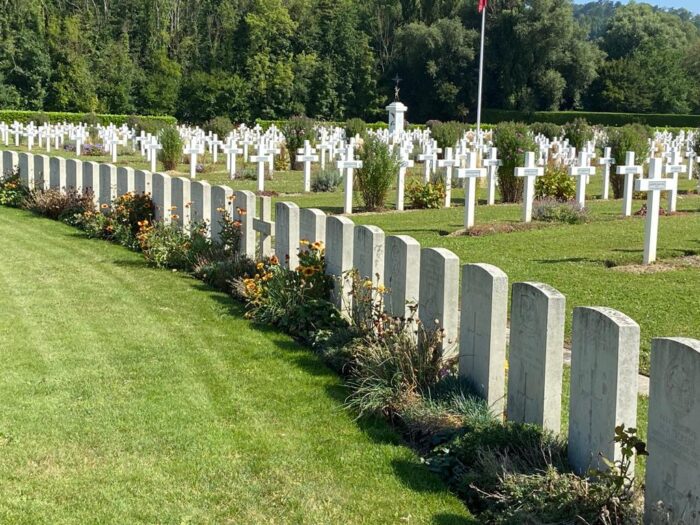 Last summer, I walked the 1000 kilometres of the First World War Western Front, from the Swiss border to the North Sea. One thousand kilometres, and a million steps, over ground where millions were killed and wounded. ‘That hell’, Siegfried Sassoon wrote, ‘where youth and laughter go’. The names of First World War battles have become instantly recognisable symbols of the conflict’s cruelty and horror: Verdun, the Somme, Passchendaele …

The original idea for the walk came from a young British soldier, Douglas Gillespie, who had written in June 1915, that he hoped that ‘when peace comes, our Government might combine with the French Government to make one long avenue between the lines from the Vosges to the sea’. He called it the ‘Via Sacra’, the ‘sacred street’.

Gillespie’s high hopes were never met in his lifetime. He was killed just a few weeks after he wrote that letter, within moments of going ‘Over the Top’ at the Battle of Loos in September 1915. After that, the idea was forgotten, until I discovered the letter whilst working on a book in 2013. Since then, I had championed the idea of a single path for the old frontline, with some success (there are paths laid out in many areas in France and Belgium).

But, it was only in the summer of 2021 that I had a chance to try and recreate the Via Sacra myself. Today, it’s not always entirely clear where the frontline ran. But, occasionally, I’d glimpse the soft outlines of shell holes in fields, or the faint grassy ditches that were once trenches. The cemeteries and memorials mark the way, as the generation that lived through the war attempted to come to terms with the loss, and ensure it never be forgotten.

As I went, I witnessed the site of so many vignettes of the war. Alsace, where French soldiers in blue jackets and red trousers, led by sabre baring cuirassiers, had marched towards the German lines in the hot summer of 1914; St Mihiel, where the American ‘doughboys’ went into battle in 1918; Vauqois, where hundreds of mines were detonated by both sides, destroying the very hill that they were seeking to capture in the first palace; Verdun, where the Germans sought to ‘bleed France white’; the Somme, the most terrible battle in British military history; Neuve Chapelle, where thousands of Indians, fighting for Britain, died so far from home; Langemark, where enthusiastic (and supposedly singing) German students advanced into the iron sights of the hardened British regulars during the first Battle of Ypres; Nieuwpoort, where the Belgians opened the dykes and let the sea flood the land, stopping the German advance dead in the cold winter of 1914.

‘”But what good came of it at last?”/Quoth little Peterkin.’ in Robert Southey’s poem about the Battle of Blenheim. We now know that the First World War led to a Second, even more terrible, though the Allied fight was morally justified.

Perhaps Gillespie’s vision, of a path of peace across the landscape, can be a final legacy of the Great War. I am certain that some good can come of that.

By Anthony Seldon and Jonathan Meakin.

Image taken from The Path of Peace by Anthony Seldon, out now from Atlantic Books.