Looking for half-term inspiration for your mini-inventors? Look no further. The wonderful Lucy Brandt shares her favourite moments since the launch of her debut series LEONORA BOLT and highlights the power of STEM at its heart.

It’s fair to say that nothing really prepares you for becoming a children’s author and the excitement of having your books in the hands of little readers. My debut year has certainly been a bit of a whirlwind so far.

Leonora Bolt: Secret Inventor and Leonora Bolt: Deep Sea Calamity were published by Puffin in January and June, with artwork by illustrator extraordinaire, Gladys Jose. There have been so many pinch-me career highlights in the space of a few short months.

I’ve given talks about writing and inventing (with otter draw-a-longs) to thousands of school kids around the country. I’ve appeared on CBBC and in the national press. My stories have also been turned into audiobooks, voiced by the amazingly talented Nicole Davis.

Perhaps my favourite moment, however, was seeing kids dressed up as Leonora Bolt for World Book Day. Parents sent me pictures of their dungaree-clad girls with toolbelts and goggles, many complete with pet otter toys. Inspiring budding inventors was something that I only dreamed about when I started writing.

I’m not a scientist but I grew up with an engineer dad and bookworm mum, as well as five siblings, which made ours a pretty hectic house. There were piles of paperbacks everywhere and we had a workshop and garage filled with lethal-looking tools. My dad was forever ‘fixing’ various household appliances in unorthodox ways.

He was also an amateur inventor, creating gadgets like a ‘Check-It’ for testing battery life. I vividly recall helping him solder little electric circuit boards on rainy weekend afternoons.

This experimental engineering and bookishness clearly fused inside my brain, and I ended up working in communications for various science and tech organisations over the years. During this time, I saw for myself that there were too few female employees, although things are changing for the better.

This is really where my inspiration for Leonora came from. I wanted to get more kids (girls in particular) engaged with STEM subjects, using the most powerful tool for getting children interested in anything: humour.

So, my stories include a healthy dose of daftness alongside STEM themes. Leonora must use her brilliant brain to solve problems and defeat her dastardly uncle. She builds all kinds of cool and crazy gadgets along the way, such as rocket clogs, hover beanbags and flame-proof shampoo.

In book one, she has to escape her home (Crabby Island) in a hot air balloon fuelled with gas from fermented fish. In book two, she builds a makeshift submarine from bits of old washing machine and sails it to the ocean depths in search of her family. Watch this space to see where her story goes from there.

Leonora is helped in her adventures by a boy called Jack, a nervous pet otter, the world’s worst cook (Mildred Dribble) and a hapless sailor (Captain Spang). She also discovers a shadowy organisation of top-secret scientists, The Society of Ingenious Geniuses.

In my school talks, I hope that I’ve managed to show kids that you’re never too young to be a mini-maker. Children have invented loads of incredible things, from earmuffs and braille to water-skiing, electric fairy lights and even snowmobiles.

I’ve had lots of fun at various events doing live invention tests. I give kids a real-life problem and they have to come up with a gadget to fix it. Their ideas and enthusiasm are always astonishing, especially when it comes to solving environmental issues. They always love that Leonora is a master recycler and eco-engineer, using items that wash up on Crabby Island’s shores to make her gadgets.

I hope that well beyond this exciting debut year, my stories help kids realise that anyone can be an inventor and that no ideas are too wild. Imagination is like a superpower and the sky really is the limit. Talking of which if someone can build me a pair of those rocket clogs, that would be brilliant. 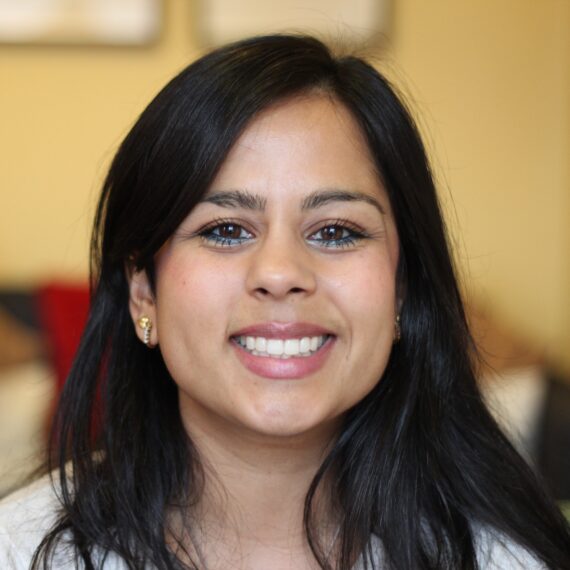 Can You Get Rainbows in Space? by Dr Sheila Kanani acquired by Puffin