Biteback to publish Break-Up: How Alex Salmond and Nicola Sturgeon Went to War by David Clegg and Kieran Andrews

Scheduled for publication in August 2021, Break-Up will tell the inside story of how a political alliance that goes back thirty years and brought Scotland to within 200,000 votes of independence was ripped apart amid shocking claims of sexual assault. 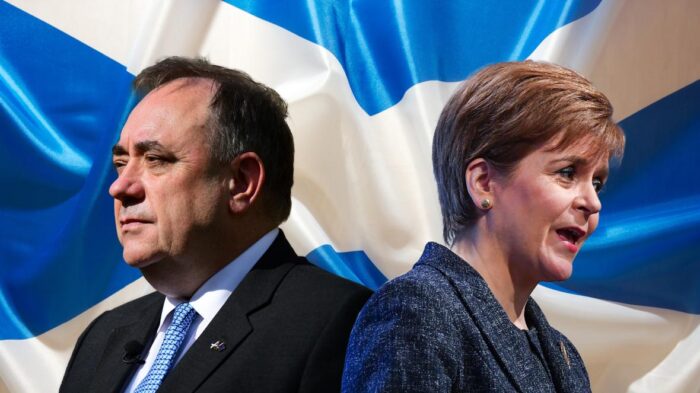 At its heart, it is also a story about how women who voiced concerns about the behaviour of the most powerful man in the country were used as political pawns – and about what that means for the #MeToo movement.

David Clegg, the highly respected editor of the Courier, is the journalist who broke the story of sexual abuse claims against Salmond, winning him Journalist of the Year and Scoop of the Year at the Scottish Press Awards in 2018. Kieran Andrews is Scottish Political Editor of The Times and has been the go-to journalist following the twists and turns of the Salmond inquiries, exposing many of the Scottish government’s failings in the investigation and its fall-out.

Clegg and Andrews said: ‘This is the most dramatic political story on either side of the border in years. It is even more intriguing than people realise, and Break-Up will contain new perspectives and revelations. Many people are confused by the sequence of events, and a book gives us the opportunity to go behind the headlines to explain what really happened. This is not just about the future of Scotland, but the entire United Kingdom.’

Beattie said: ‘With their unrivalled access to both camps and rigorously fair-minded reporting, David and Kieran are uniquely qualified to uncover the truth about this extraordinary episode – but they’re also acutely aware that this is a story with deeper resonances about how we as a society deal with inappropriate behaviour by powerful men. This won’t make comfortable reading for any of the key players in Scottish politics, but it’s an intensely important book, and Biteback are delighted to be publishing it.’