The much anticipated fourth book in Marion Todd‘s popular crime series is published today by Canelo.

It is the stroke of midnight on Hogmanay when Alison Reid admits a caller to her home. When her death is later reported, DI Clare Mackay attends the scene. The initial evidence does not rule out murder, but it’s not possible to say for certain if foul play was involved. Yet when the pathologist informs Clare about a post mortem of a young woman found in the Kinness Burn, and with some similarities to Alison’s case, it seems there’s a strong chance that there’s a killer on the loose in St Andrews.

Clare and her team will have to look past the obvious conclusions and delve deeper into the lives of the victims to get to the truth. But who else risks meeting the same fate while the clock is ticking? 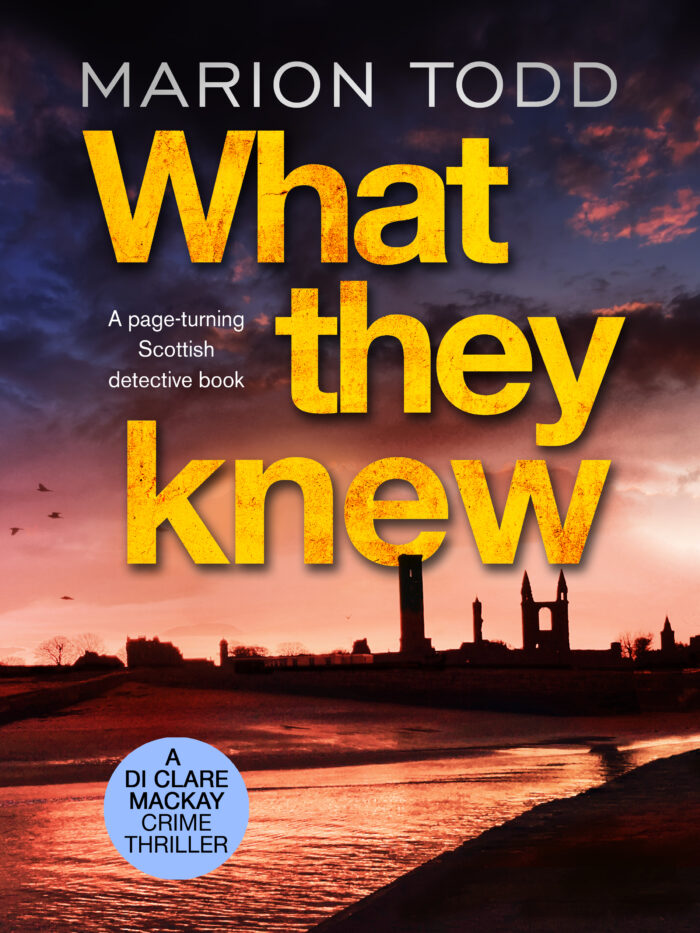 A native of Dundee, Marion studied music with the Open University and worked for many years as a piano teacher and jobbing accompanist. Now a full-time writer, Marion lives in North-east Fife, overlooking the River Tay. Her debut crime novel, See Them Run, was shortlisted for the Bloody Scotland Scottish Debut Crime Novel Award in 2020.