Call the Vet, a warm and funny memoir by Bruce Fogle, perfect for fans of All Creatures Great and Small, is released in hardback today by HarperCollins.

Bruce began his career at the prestigious Woodrow & Singleton surgery in the heart of the Knightsbridge. Frequented by Britain’s most distinguished pet owners, from Duchesses and Sultans to Paul McCartney and Elizabeth Taylor, it also cared for the exotic inhabitants of the Harrods’ ‘Zoo Department.’

Over the next few years, an arc of clients would cross Bruce’s table, from cats and dogs to alligators, pumas and even a capuchin monkey. Each adventure taught Bruce far more than any textbook ever could, while skilful veterinary nurses provided the greatest lessons of all. 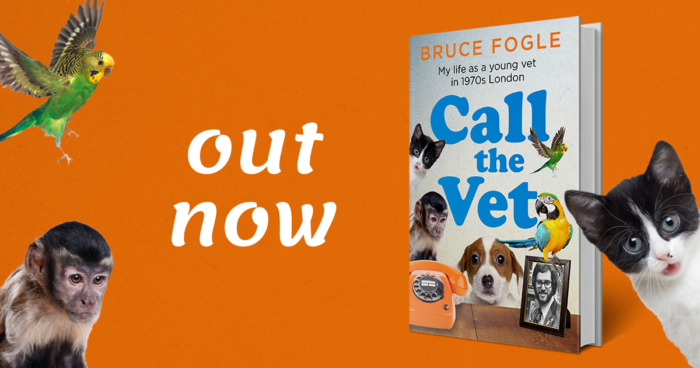 Call the Vet is a wonderfully rich and warmly funny memoir. Set against the vibrant backdrop of 1970s’ London, it explores the unique bond between pets and their owners; the common thread of compassion that unites all cultures and classes, and the discovery of love and joy in unexpected places.

Bruce Fogle  MBE DVM MRCVS has worked at the London Veterinary Clinic since arriving from Canada in 1970. He is a prolific author, journalist and broadcaster. His main publisher, DK, say he is the world’s best selling practicing vet with at least two books each selling over a million copies. As well as pet care books, Bruce has written travel narratives and an autobiography of his childhood summers. Bruce is married to the actress Julia Foster. Their son is the adventurer Ben Fogle.

The Impossible Office?, Sir Anthony Seldon’s history of the office of Prime Minister out today from Cambridge University Press