Dr Tim Gregory: What it’s like filming in lockdown

Not even a global pandemic is enough to stop the BBC from creating high quality content for the nation. Almost three months into the UK’s Covid-19 lockdown, the BBC are still making programmes for their BBC Bitesize Revision project: a series of films presented by teachers and experts that cover the entire national curriculum, from reception to the final year of A-levels, across everything from poetry to astrophysics.

I remember seeing an article on BBC News back in March about the new initiative and thinking ‘what a great idea’. When I got the call from my agent James asking if I‘d like to be involved with Bitesize as a science teacher, it was an instant ‘yes, definitely!’. Despite not being a teacher in school, I do plenty of science teaching as part of my job as an academic and through my work as a speaker.

Studio presenting was a first for me and so I was super excited to give it a go. I had presented before on The Sky at Night, but that is all filmed ‘on location’: Bitesize is filmed at Media City in Salford in a studio, complete with green screens, a big lighting rig and an autocue. It is rigorously scripted, too – there are certain key points that each film must cover in order to meet the requirements of the national curriculum. In the days leading up to my first filming session, I played script ping-pong with the producers, honing the words to make them as accurate and as clear as possible. 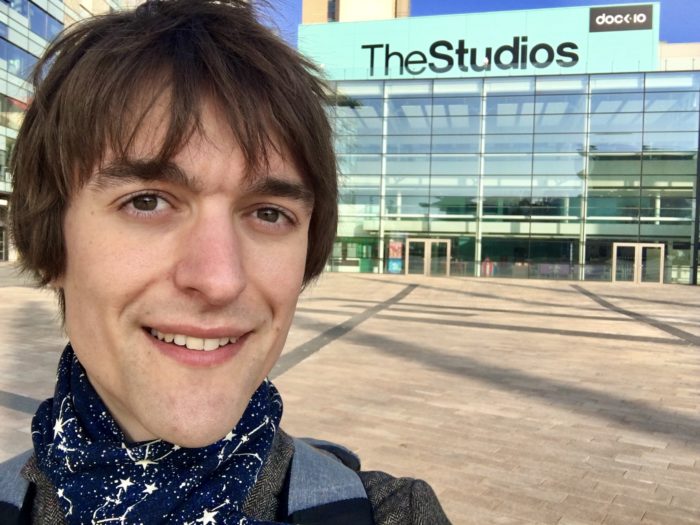 On my first day of filming, I arrived in Salford and made my way over to the studio. I had been told that the crew were dutifully employing strict social distancing practices, and so I was interested to see how that worked in a studio environment (!). The BBC did a fantastic job: from the moment I arrived to the moment I left, I didn‘t come within two metres of anybody. It was quite a challenge at times, because the building is made from a maze of (sometimes narrow) corridors and the studio is home to the crew and producer, but we managed it just fine with plenty of good humour along the way.

After a round of hot drinks (black coffee, please) and some biscuits, we ran through the script that had been prepared in the days leading up to filming. After a few last-minute tweaks to some of the wording, the script was updated on the autocue system, and with slightly nervous excitement I was ushered into the studio.

The Bitesize host I have presented with on all three of my filming days is the one and only Katie Thistleton (who, amongst other things, is a BBC Radio 1 presenter). Katie is great at her job in many ways, for example: (1) she is a skilled presenter; (2) she is great fun to work with; and (3) she immediately took me under her wing and put me at total ease in the alien studio environment. After a quick rehearsal of our lines it was time for the real thing. Three, two, one… rolling. The filming session seemed to be over in a heartbeat and I loved every second. 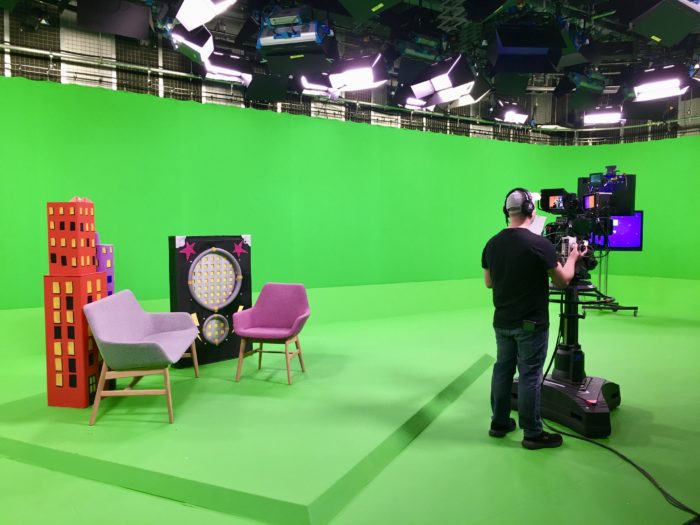 So far I have had three filming days (chemistry, biology, and physics), and I have another three in the pipeline. I can‘t wait to do more. Everybody on the team – from the presenters, to the crew, to the producers, to the behind-the-scenes crew – are a joy to work with.

To be part of such a fantastic project with the BBC has been a highlight of what has been a turbulent 2020. The BBC only had a fortnight to make the project a reality, and they did such a brilliant job. To be part of their response to Covid-19 during a time of national emergency has been an honour, and as a science populariser in the early stage of my career as a presenter, it has been a wonderful learning experience.

Dr Tim Gregory is a planetary geologist, presenter and speaker. His cosmochemistry research focuses on the geology of the early Solar System and combines his two great loves in life: rocks and space. 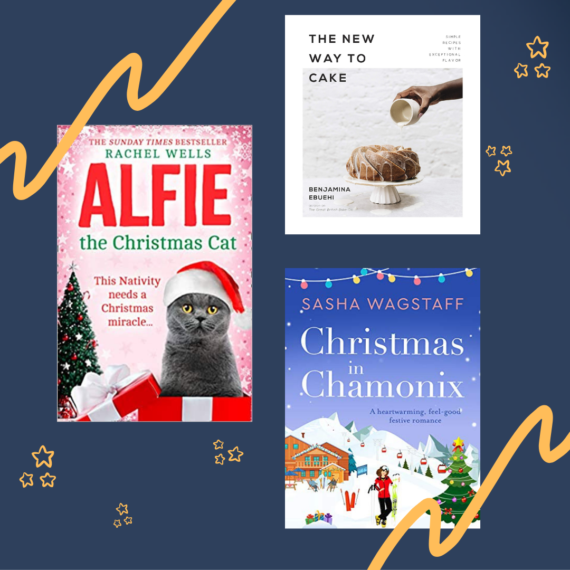 Get into the Christmas spirit with Northbank’s festive titles… 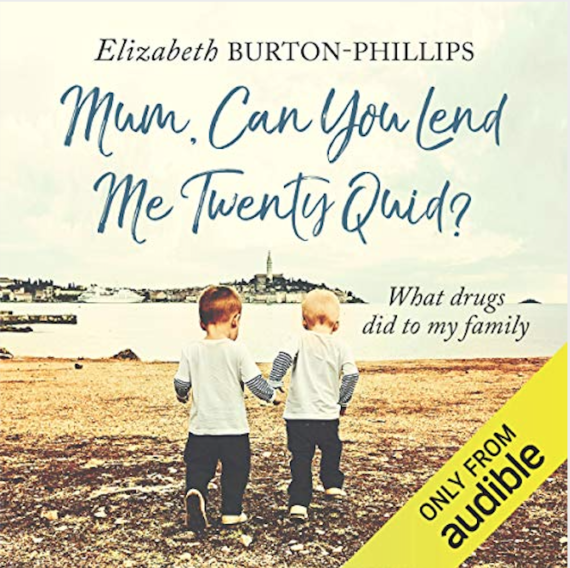 Elizabeth Burton-Phillips: How it felt to read Mum, Can You Lend Me Twenty Quid? for Audible, and revisit the pain, truth and legacy of my son’s death