Answering the #FridayFive this week is BBC BiteSize producer Kimberley Boak. With the closure of schools due to the Coronavirus pandemic, BBC BiteSize have been producing free daily lessons on a variety of subjects. Northbank client Dr Tim Gregory recently presented a lesson on the science of breathing.

I’m a producer and presenter for BBC Bitesize, my current role involves booking all guests for our new Bitesize Daily TV programme, alongside my lovely Assistant Producer, I’m responsible for everyone from teachers, to presenters, to our celebrity Book Club readers who appear on the show. In addition, I host our ‘Take on the Teacher’ Instagram live, every Thursday over on @bbcbitesize. My normal work is as a ‘promo’ producer on BBC Bitesize, which involves working with celebrities and big companies to shine a light on the work Bitesize does through short films for social media and our website. I shoot, edit and report on location, I love the variety of it.

Never giving up. I have had so many knock backs over the years, had contracts ended without warning, had stints out of work but I’m now permanent staff at the BBC and all those years of hard work have paid off. Also, being genuine and kind is so important, I think people always remember those who were nice to them. Plus, everyone wants to work with people who are easy to get on with! I’d also say be open to change, I started my career as a radio reporter, then crossed into TV as a researcher and have worked across Sport, News, Entertainment, Children’s and Education and now work on social media and digital content. 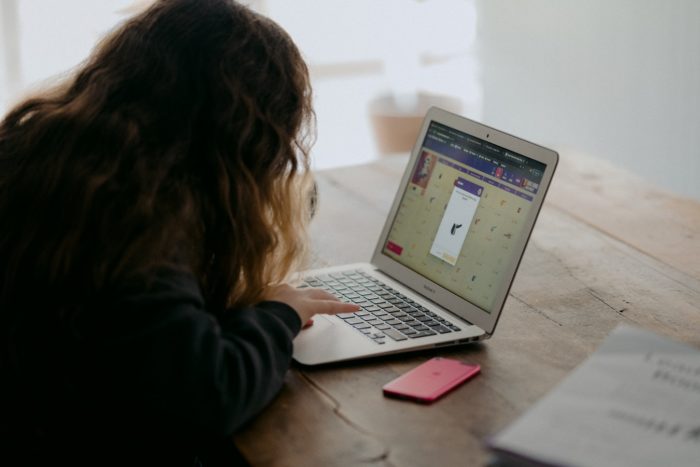 Currently, a normal day involves contacting agents to see if their clients would like to join us on Bitesize Daily, writing scripts for the Instagram live and having lots of meetings about the running of the TV show and Insta live. Prior to us all working from home, I was out on the road a lot and a normal day could range from interviewing celebs at a red carpet event like Sports Personality of the Year, to making a short film for social media about someone who has an interesting life to inspire our audience, to writing, pitching and producing Bitesize’s first ever documentary (which has had to stop production for now due to the current situation but hopefully next year!).

I did loads of work experience and shadow shifts in radio and TV and then started working in local BBC Radio which I’d recommend to anyone because you can be so hands on and learn so much, I absolutely loved my time at BBC Radio Cumbria. I also trained as a journalist and that, coupled with my practical experience, allowed me to cross into TV as a Broadcast Journalist on BBC Breakfast, then I moved from journalism and went into TV production on Blue Peter as a researcher and later an Assistant Producer, then I worked on A Question of Sport, Sam and Mark’s Big Friday Wind Up, Would I Lie To You and at BBC Sport before getting the Producer role at Bitesize. My role as a Promotions Producer is a new one, it’s basically using all your contacts to shine a light on the work Bitesize does and make films with them that can be shared across different social channels and will spark people’s interest. Having worked in so many different departments and having done so many different roles has stood me in good stead. I also shoot and edit which are invaluable skills to have in this industry. I really feel like I’ve found my niche now on Bitesize and it’s paid off to be so adaptable.

I’m reading 13 Things Mentally Strong People Don’t Do by Amy Morin, which is a good read especially in light of the current situation. I’m watching Killing Eve and re-runs of old football matches on BBC Red Button because I’m missing the footie so much. I’m listening to so much music at the minute to keep my spirits up, I love Little Mix, Dua Lipa, Mabel and Sigrid…a whole load of happy girl power pop basically!