Last month, Northbank had the great pleasure of being shortlisted on the TV Foundation’s New Voice Awards 2020, in the category Best Agency for New Talent.

The TV Foundation is the newest division of the industry-leading charity Edinburgh TV Festival. Throughout the year, the TV Foundation is mostly occupied by its outstanding access and training schemes for newcomers to the industry, which run parallel to its mentorship programme for the brightest and boldest emerging talent. Propped among the busy schemes and programmes, the New Voice Awards are an excellent chance to celebrate The TV Foundation’s incredible work in supporting and nurturing talent in the industry.

Tucked between awards for scriptwriters, directors and presenters, The Best Agency for New Talent award is one of three company awards celebrated at the New Voice Awards (the others being Best Broadcaster for New Talent and Best Company for New Talent). The Agency Award celebrates the UK talent agency who made the biggest effort towards finding and nurturing new voices in TV in 2019. We were so excited to be informed of our shortlisting in February and couldn’t wait to share the news on social media and with our clients. And so as the day of the Awards arrived, we journeyed from Soho to Shoreditch, in whichever February storm was at that moment causing havoc around London, to the Rich Mix cinema and arts hub.*

*As it so happened to also be pancake day, we deemed it wholly obligatory to stop off for a stack on our way.

The ceremony was preceded by a panel on New Voices, in partnership with The Brit List. With a wealth of writers’ experience on the panel, the conversation segued between queries on optioning, the benefits of having an agent, how to work collaboratively on scripts and when to listen to your gut. One of our favourite pieces of wisdom was on the subject of using hobbies to give some much-needed distance from your writing project – David Macpherson sanguinely noted: ‘I went back to judo recently, because it’s really hard to focus on a script when a 90 kilo man is trying to smash you to the ground’. 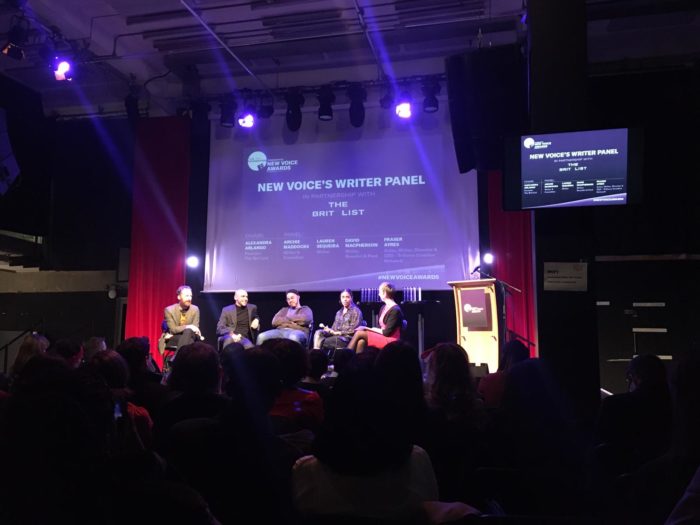 Pitched as the awards ceremony which is proudly ‘No velvet ropes. No black tie’, the event was expectedly inclusive, lively and hosted by the always bubbly Yung Filly (musician, comedian, master of riddles, to name just a few facets). In between Filly’s riddles with the audience were of course, the awards celebrating the best new UK talent in the TV industry.

13 awards were presented throughout the night, in fiercely competitive categories such as Debut Writer, Future Presenter and Best Test Card Pilot, to name a few. Alongside heart-felt speeches and impressive videos of nominated pictures was a general feeling of camaraderie in what can be a sometimes heavy-handed industry. No velvet ropes, no black tie, no project or person too ‘small’ to be justly recognised. The New Voice Awards did just that: shine a light on something bubbling and exciting.

Lorna Colwill is the Operations Assistant at Northbank Talent Management. 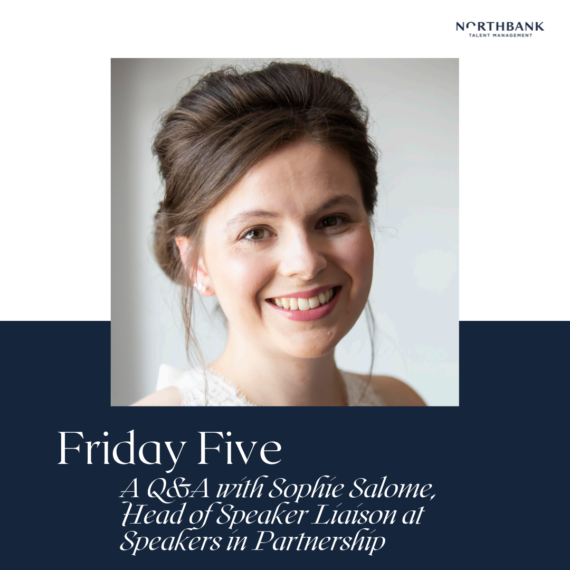 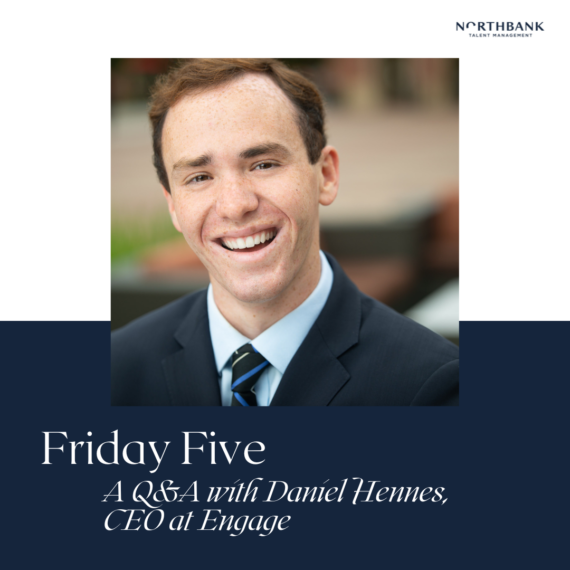