When I first started writing Christmas in Chamonix, brilliant sunshine was pouring through the window and it was eighty degrees outside! But for some reason, I didn’t find writing about snow and Christmas trees and skiing remotely challenging, and I think that’s because I’ve always loved Christmas. From a very young age, I knew that Christmas was a big deal in our house. The decorations went up early and preparations were intense. Homemade Christmas cake, Christmas pudding and mince pies. We always had advent calendars (the original kind, with a picture of some holly or a star behind each window, very unlike the beauty products I find in each little box in my current versions), but we also had an advent candle we lit and melted down daily.

On the day itself, there have always been many traditions, such as sitting in the same chairs to open presents and opening presents in a particular order. Watching the Top of the Pops Christmas special (but never the Queen’s speech), having indoor fireworks, throwing our empty cracker cases over our shoulders like Henry the Eighth throwing a chicken leg (the only time we were ever allowed to be so wantonly messy). Shooting party poppers over the central lamp in the dining room to see who could festoon it the best and my dad flaming the Christmas pudding with much pomp and ceremony, using vast quantities of brandy with the lights dimmed down with us all oohing and aaahing in the background.

My parents went to great lengths to preserve the magic of Christmas and in particular, the whole pretence of Santa and his existence. I remember one year being especially excited about the prospect of receiving a bike as my main Christmas present. I had been very clear to my parents – and to Santa, via a detailed letter, that I would prefer a more boy-ish bike. Nothing pink or girly. No. I wanted a Chopper. Preferably a blue one. I went to bed in a state of extreme over-excitement with no intention of staying awake or waking up (Santa might not visit!) 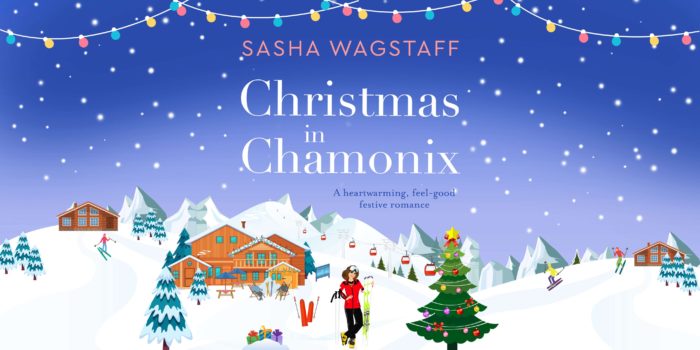 I remember waking up suddenly that night. Seeing my door open and light from the landing flooding in. And there was Santa. Walking into my bedroom. Actual Santa. In the full-on outfit of scarlet trousers and a matching scarlet jacket trimmed with white fur. Santa wore a fluffy beard which I knew was fake and some little glasses. As he heaved a sack of presents to the end of my bed and wheeled my bike in (a dark blue Chopper with flower stickers all over the cross bar – yay!), I noticed through one squinted eye that Santa was wearing black welly boots with cotton wool glued on. Cotton wool, to look like snow, visibly glued onto the welly boots.

Confused, I watched Santa leave. Why on earth did he have cotton wool on his boots?! Surely coming from the North Pole, he would have proper snow crusted around the sole of his boots? The following morning, I quizzed my parents about this. Seeming thrilled, they threw their arms around me and congratulated me on seeing Santa – and still receiving all my presents! Bemused and bamboozled, I forgot to even mention the cotton wool issue as I rode around happily on my Chopper.

Years later, I remembered this story and brought it up on Christmas Day, this time making sure I made mention of the cotton wool. Cue blank faces from both parents. They both denied my dad ever dressing up as Santa, let alone gluing cotton wool to his welly boots. I laughed and said ‘aah, you’re both so cute’. But still, they steadfastly continued to deny that it was my father in the Santa suit. And they have denied it ever since!

So. I have always loved Christmas. And as much as I love beaches and sunshine, I love Christmas more. And that’s why I found it easy to put aside the glorious sunshine this summer and lose myself in festive memories of my childhood which spilled out onto the page in the form of Christmas in Chamonix.

Sasha Wagstaff is the author of six novels, both as herself and under the pen name Ella Harper. Her novels include Lost and Found in Paris and If I Fall.