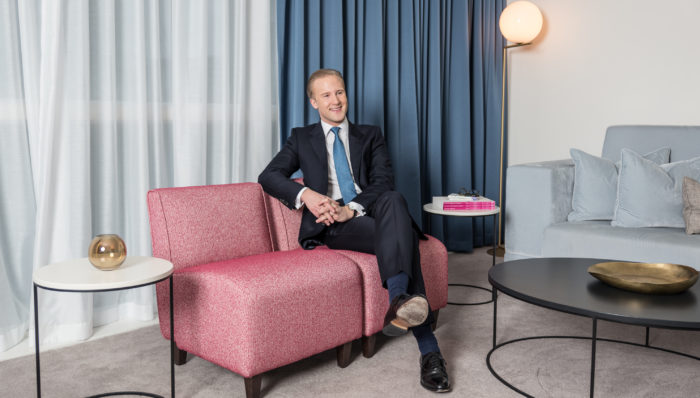 Funnily enough I didn’t grow up thinking I wanted to be an etiquette coach. I spent much of my formative years wishing to be a newsreader (but without the boring stint in Basra), a spy (but without the guns) or Archbishop of Canterbury (the robes appealed).

My late grandmother gave me a book of etiquette for my twelfth Christmas and as she stayed with us each Christmas she kept checking to see if I had read any. Not wanting to embarrass her, I decided to read a bit. Which turned into reading quite a bit of it, indeed all of it – and very quickly.

It was John Morgan’s tome on etiquette, which remains my favourite etiquette book of all time and not just because of the sentimental value. The mountain of knowledge he had was arch, catty and very dry and I found myself enjoying it much more than I first thought.

But it posed questions. Morgan didn’t expand on why we have to do these things in certain ways. Being of a fairly argumentative (but demure) nature even then I wasn’t just going to accept his word for gospel that easily. I wanted to find the logic and history behind these rules. I bought other books on the subject to help answer my questions but these just populated more – and so I started a minor, silent but civil addiction to buying books on decorum. Don’t ask me how many I have now. I buy at least two or three a week.

The next seminal moment came aged 17 when my school in Bristol asked me to start teaching table manners to the third form (year nine). Each Tuesday afternoon I hosted groups of twelve year olds and instructed them in how to lay the table ahead of a formal dinner they were preparing for at the end of term.

The local paper got wind of my sixth form machinations and came to do a piece. Originally they thought it was a teacher that was instructing the lessons in dining etiquette but when they arrived and saw it was a pupil they upgraded the feature to a double paged spread.

And as we all know one story leads to another and soon radio and TV picked it up and a career was inadvertently born. Having gained a place to read English Language at university in Manchester I was also taken on by a former finishing school. As it was an arts-based degree, being frank, I wasn’t all that pushed for time so my first job for my new employer involved being sent to Milan. It was then I clocked I was definitely on to a good thing.

At the time, there weren’t many people doing what I do. There was a handful of others, both in the UK and around the world, but certainly not quite as many as there are today. I think the resurgence in interest in civility has helped – largely fuelled by royalty’s resurgence and Downton Abbey. I’m not complaining.

I have many people writing to me each week asking how they can do what I do, which is lovely as I like to think they can see what fun I have doing it. My route into the ‘industry’ wasn’t normal, although not being in a normal job there perhaps isn’t the perfect way to start.

What’s essential is that anyone who wishes to start teaching and pontificating on good manners knows their subject inside out. I have seen far too many ‘nine to five experts’ who are only really interested in the supposed glory and doing the job as just that – a job.

It sounds trite but you have to live and breathe this job and it has to consume you. You can of course attend training programmes to help you learn how to deliver etiquette tuition and to help polish your existing knowledge but you have to live the brand, and all that. Study the subject forensically and read around the subject, too. Of my fellow colleagues who teach etiquette the really successful ones are those who do jump into the deep-end and make their job their life. Authenticity is key in any walk of life, but especially this one.