People have always kept secrets from each other, especially in close relationships, but the advent of the internet has made it so much easier to do so. Years ago, the house phone would be in the hallway or living room, making it difficult to have a conversation without someone overhearing. If you wanted to hide anything, it would have to be kept under lock and key, and that in itself would look suspicious. In comparison, the way we live now would make anyone think we had something to hide: our messages are encrypted and our phones protected by fingerprint and iris authentication, as though we were trying to access a Swiss bank account instead of messages to our partners to say we’ll be home late and could they please pick up a pint of milk? It’s ironic that we focus on our privacy in that way while so many of us live such public lives online, photographing each meal we eat and detailing every move we make.

In the very early days of the world wide web, in the Wild West of chat rooms, people found having a pseudonym liberating. They felt they were anonymous, protected from the public gaze. Straightaway they started to lie. Before then, any interaction between two people risked someone else witnessing it, but online, they could say whatever they wanted and not be held accountable. What’s more, the use of a password on a user account meant nobody else could access that new stomping ground.

In one fell swoop, all inhibitions were lost. Those two factors — anonymity and privacy — gave rise to a reinvention of ourselves, leading to suspicion as to whether others could be believed and/or trusted. And literature, of course, reflects society, and so we saw a rise in the psychological thriller, where couples keeping secrets are an intriguing manifestation of our increased paranoia.

While secrets can be fun, they can also be bad for us; they can poison our relationships and poison us, too. And it’s not just our own secrets that are a problem. I know a secret about a friend who’s been having an affair with a married man for decades. I’m one of the few people who knows, and I wish I didn’t. I wish I could see her without thinking about her double life. I wish I could meet the guy she’s seeing and tell him what I think of him, though of course I can’t. She made me promise not to tell. And he’s kept that secret from his wife for all those years. He’s had to think twice before answering any question. He’s had to stop and get his story straight before entering his own house. He’s afraid of talking in his sleep, of saying the wrong name. He dreads questions which are intended to be playful, such as ‘Guess what I did today?’ He sits watching television with his wife and messages my friend. The affair is carried out in plain sight. And when he’s with my friend, he has to pretend his other life doesn’t exist, too. He’s not the man anyone thinks he is. He’s not the man he thought he’d be. He’s living a lie.

When I was writing The Girl I Used to Be, I wanted to see how a situation like that could develop. For when we’re discovered telling a lie — even the tiniest of lies — the other person will immediately wonder why we did it. What was the point? Are we hiding a bigger lie? So when Gemma lied to her husband, Joe, about staying in her hotel room that night, she (quite rightly) knew that if he realised the truth, he would have suspected something else was going on. Why lie about something so small, if not to hide a greater lie? But of course, because he trusted her absolutely, he believed her; before long that lie was spiralling out of control.

When I was 20, I was working in an office in London. One of the temporary secretaries there came in late one day, looking bedraggled and upset. She told our dragon boss that her boyfriend’s mother had died and that she’d had to go with him to the airport to see him off on his journey back to Australia. I knew she was lying; guessed she’d pulled out the big guns to keep her job. I saw the way she quenched her hangover with coffee, saw last night’s make-up smudged around her eyes and her complete lack of sorrow when no-one was looking. 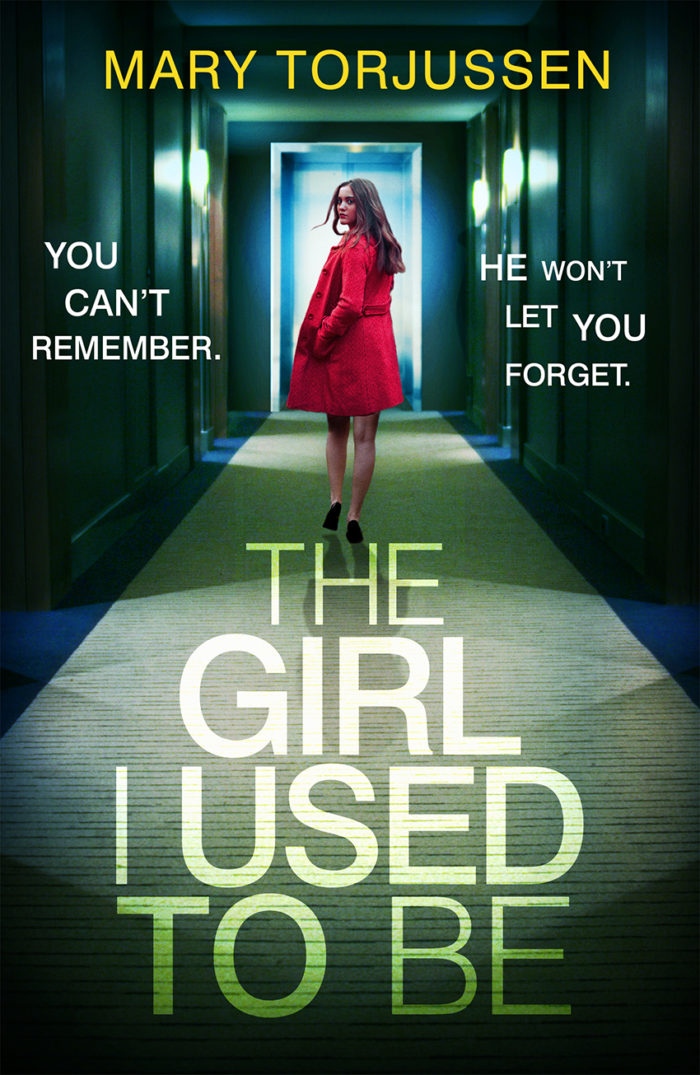 Mary explores how secrets can tear a marriage apart in her latest book, The Girl I Used to Be

Our boss seemed to believe her and for the rest of the week I saw my colleague wriggle with shame as people came up to her to sympathise and share experiences. Her lie grew wings. I heard about the tragic phone call early in the morning, about comforting her boyfriend as he booked his ticket home. It was in the days before mobiles and I watched her tense each time the phone rang, in case it was her boyfriend. What if someone else answered the phone and commiserated with him? How would he ever forgive her lie? By the end of the week she looked exhausted and it was no surprise when she moved on to another office, to a place her future mother-in-law could thrive.

In The Girl I Used to Be, I wanted to show that when we think of a marriage going bad we think of infidelity, violence, arguments; we don’t realise that that brief hesitation, thinking before we speak, can be as damaging as a blow. That moment of deception can create a chasm in a marriage. As Gemma separated Joe from the truth, she loosened their bond: the only way to recreate it would be to admit her lie, which in turn would create a greater gulf. I was interested in crafting a character who prides herself on her honesty, yet has an enormous capacity for secretive behaviour. She finds it hard to talk about her past, but can confide in Joe. She tells him everything at first, and loves to hear him talk about the minutiae of his life at home with their son. And now she can’t reciprocate. She can’t be honest with him. And when honesty is lost, so is the relationship.

There are some transgressions that are so awful — another lover, a drug habit, gambling debts — we all understand why someone would lie. Some things are unforgivable, others are life-changing. But those tiny lies… those are the ones that you worry about long afterwards. Why would someone lie about something so small? Is this the tip of the iceberg? Has everything been a lie?

In the land of psychological thrillers, those tiny lies are at the root of so many stories. Our greatest fear is of not feeling safe. And how can you be safe when your partner is lying to you? If someone close to us, who proclaims to love us, will lie about something small in their life, what more are they capable of? The ground isn’t safe beneath our feet. We can’t trust our own history.

But though our sympathy is usually with the victim, it’s hard to be a liar too. While it might be relatively easy to let that lie slip out of your mouth, the damage it can cause is huge. I don’t just mean the damage it can do to others — it’s what it can do to you. For you’re no longer the person you thought you were. You’re no longer able to speak freely. Between the thought and the spoken word. there’s a poison starting to pollute your relationship. But it’s so easily done! We can tap out a lie on our phone as easy as blinking. Technology lowers our inhibitions. ‘Sorry, working late,’ is many an office worker’s message home on a Friday evening, just before they arrive at a bar with their friends.

Technology has jumped in to help people to lie. When you lie to someone’s face, there are clues: a slight hesitation, a flush of the skin, a furtive glance to see if they’ve fallen for it. If you lie in a message, there’s none of that. How convenient it can be after a boring first date to tap out, ‘Oh I’m sorry, I would have loved to come to dinner with you, but I’m emigrating.’ The problem is that technology leaves evidence of the lie, too; it shows you the absolute proof of who you are. When you read your lie in print, you see the person you’ve become.

At one time, pre-internet, one of our major fears was of physical attack. We’d scurry home nervously, only feeling safe once we closed our front door. Like a scene in a horror film, , we’ve now realised we’re not safe in our own home. Someone there, who professes to love us, has created a space between us: a place where paranoia grows, where friends might be foes. In the psychological thrillers that have been written in this post-internet age, it’s that exploration of what’s true and what’s false that interests me most. It seems to go to the very core of our being. Who can we trust?

Mary Torjussen is the acclaimed author of Gone Without a Trace and The Girl I Used to Be.