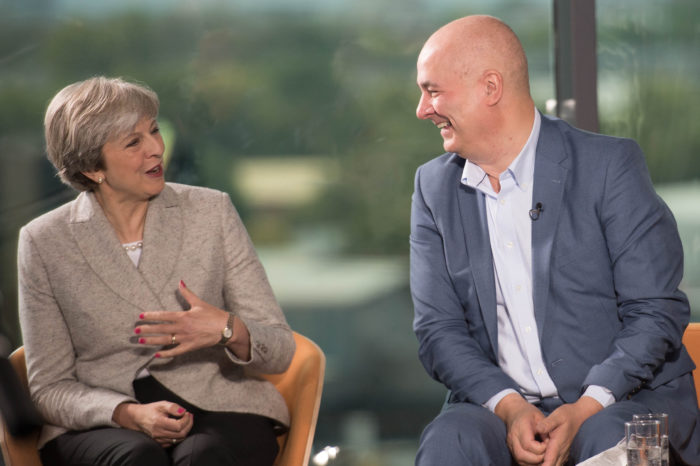 Iain is one of Britain’s leading political commentators. He presents the Drivetime show on LBC Radio, is a panellist on CNN Talk on CNN International three days a week, and is a regular contributor to Newsnight, the Andrew Marr Show, the Daily/Sunday Politics and The Wright Stuff. He was named Radio Presenter of the Year in 2013 and 2016 at the Arqiva Awards. He co-presented LBC’s all-night general election night programmes in 2010, 2015 and 2017, and in April 2018 he made a much-acclaimed debut appearance on the BBC’s Question Time. He was a regular reviewer on the Sky News paper review for 17 years, and he frequently appears as a political pundit on various Sky and BBC current affairs programmes, including Radio 4’s Any Questions, Broadcasting House and Westminster Hour.

In addition, Iain is the creator of the popular For the Many podcast, which he co-presents with former Home Secretary Jacqui Smith each weekend. He founded Total Politics magazine, Politico’s Bookstore and Biteback Publishing. He writes for several national newspapers, and has written or edited more than thirty books.

This year Dale will focus on writing, public speaking and exploring current affairs and documentary television with independent producers. He has just started as a regular guest on The Wright Stuff where Jeremy Vine takes the helm in the coming months.  He says: ‘Over the last year I’ve started doing a lot more TV work and now that I have left the publishing industry I’ll have more time to devote to corporate events and public speaking. I’ve been impressed by Northbank’s strong start and their range of clients, but most of all I know what they can do in the current affairs sector. I will also have more time for writing so the fit with Northbank was obvious. Their capabilities across the broadcast and corporate sectors fit in with where I see my career developing over the next five years. In short, I’m excited!’

Northbank CEO Diane Banks says ‘Iain is a hugely popular presenter and commentator who combines insight and opinion with broad appeal. He has a gift for connecting with all types of audience and his plan to focus on his broadcast, chairing and speaking career chimes perfectly with Northbank’s remit.  We are very much looking forward to working together.’