The Promise by Katerina Diamond previewed in The Bookseller

The Bookseller has published a preview of Katerina Diamond’s upcoming crime thriller The Promise.

Katerina’s previous books include the Sunday Times best seller The Teacher, and the number 1 Kindle best selling novel The Secret. The Promise follows troubled teen Connor who moves to Exeter from the US following a horrific school shooting. Meanwhile, DS Adrian Miles and his partner Imogen Grey are working up against the clock to catch a serial killer who dates his victims before he kills them. As Connor struggles with his own secrets, Imogen is forced to act as bait to catch the killer – but will she go too far and risk her own life?

Katerina Diamond’s thrilling, twisted novel will be published in August 2018. 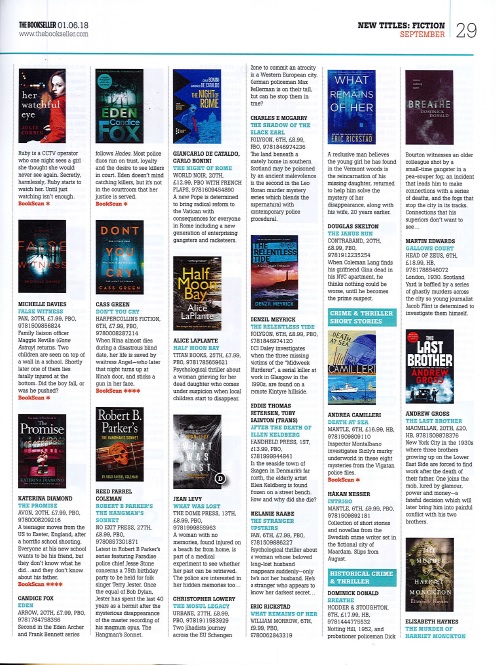